Most of the materials you are working with can be classified in one of two orders, amorphous or crystalline in nature. There are major processing differences between these two groups and the properties of one are just about opposite of the other.

First, we must understand the action of plastic molecules. Everything we know of is made up of billions of molecules. Molecules can be considered to look like miniature ping-pong balls. They are extremely small and can not be seen individually. They like to stay together and form a bond between themselves, giving a certain amount of strength to the item they are making. But, they do not like to be hot. So they try to move away from any heat that is applied to them. In fact, that is what you see when you look at boiling water. The steam is actually millions of molecules of water jumping out of the pot to escape the heat. Now, let's see how that applies to processing plastic materials.

Amorphous materials are those in which the molecular structure is random and becomes mobile over a wide temperature range. This simply means that the material begins to soften as soon as heat is applied. It gets softer and softer as more and more heat is applied until it becomes a liquid. It does not truly ``melt'' but we do use that term to describe the softening action.

Crystalline materials are those in which the molecular structure is very ordered and becomes mobile only after being heated above its melting point. This means that the material does not soften as heat is applied. More and more heat must be applied until the material reaches a specific temperature (called its melting point) at which point it all melts at once. That is the real definition of melting. It happens all at once, unlike the amorphous material action.

Each material has a specific temperature at which it should be processed, and this is based upon the molecular activity of that particular plastic. The manufacturer of the material supplies this information, and we have listed some of the more common material temperature requirements in RECOMMENDED MATERIAL TEMPERATURES in our RESOURCES Section.

The recommended temperature should be closely followed when processing a specific material. If the temperature is too high, there is a risk of degrading it. If the temperature is too low, there will be a need to increase injection pressure to force it into the mold and stress will be increased. Once the proper temperature is found, it is usually practical to stay within 50 degrees (F) of it, as measured when the material leaves the machine nozzle. Of course, some materials are very heat sensitive (such as PVC) and this rule-of-thumb may not apply in all cases.

One of the most difficult properties of a molded part to predict is shrinkage. Shrinkage is the difference between the dimensions of a molded part when it is first molded, and after being removed from the mold and left to cool to room temperature. While shrinkage is extremely unpredictable, it can be consistent once the process is under control, and an understanding of it will help in making specific troubleshooting decisions.

But, again to make matters worse, if reinforcement (such as fiberglass, nickel, graphite, etc.) is added to the plastic, all materials will shrink more across the direction of flow instead.

Molecules are expanded when exposed to heat. This is similar to the effect of heating the air in a balloon. The balloon will expand. Then, as the air in the balloon cools down the balloon will contract. The situation is the same with plastic molecules. They expand when heated and contract when cooled. We call that amount of contraction, "shrinkage", and each material has its own amount of shrinkage. Shrinkage is usually classified in three orders: low, medium, and high, and these are known as "shrink factors". Amorphous materials have low shrinkage, semi-crystalline materials have medium shrinkage, and crystalline materials have high shrinkage.

The shrinkage factor means that every inch of the part will shrink that amount. So shrinkage is rated as so much ``inch per inch'' and is usually written as ``in/in.''

High shrinkage has a range that is anything above 0.010 in/in.

Isotropic shrinkage is shrinkage that is equal in all directions.

Anisotropic shrinkage is shrinkage that is greater in one direction than another, usually in the direction of flow.

You may be able to affect the amount of shrinkage that occurs in a part by altering process conditions. For example, an increase in injection pressure will force the molecules together tighter and result in less expansion, therefore less shrinkage. But, this should only be done as a temporary measure as it will reduce the total processing window that is needed for proper processing and make other changes almost impossible. If a dimension is always out of tolerance, the mold should be reworked to bring that dimension back to within a reasonable control level.

The Importance Of Drying

All materials must be dry before they are processed. Don't let anyone tell you different. The reason for this is that any moisture present in, or on, the material will turn to steam in the heating cylinder. This steam will be pushed into the mold and will interfere with the molecular bonding that determines the strength of the molded product. The result will be a physically weak and visually unattractive, molded part.

Some materials are referred to as being hygroscopic (hi-grow-scah-pick), while others are called non-hygroscopic.

It is common knowledge that hygroscopic materials must be dried to remove the moisture. But, the non-hygroscopic materials are usually dried only when moisture is known to be present such as in very humid environments. However, it is better to plan on drying all materials all of the time. It never hurts to dry material. It can not be too dry. It is possible to use too much drying heat, though. If you automatically dry the material, you will never have to be concerned as to when you should dry and when you do not have to. That will eliminate the problem that occurs if you do not dry and then find out you should dry only after trying to process the plastic. Then, you will have to shut down the machine for a few hours while you dry the resin properly.

How can you tell if the material is dry enough to mold? The most common method is to use a dew point meter to test the circulating air being used to do the drying. The dew point measurement should be from -20 to -40 degrees (F). You can also test by using a moisture analyzer. This machine weighs a sample, heats it to drive off the moisture, and then weighs it again. There should be no more than 1/10 of 1% moisture by weight to mold the plastic.

A word of advice: get in the habit of drying all materials whether they are hygroscopic or not. That way, you will always be prepared. And drying the material will pre-condition it thermally. It will always run better than non-dried material. Finally, the dried material must be used within two hours of drying, as it will begin to be affected by moisture again after that time. 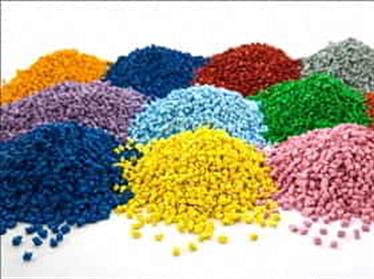 Next, we'll look at the role of the machine operator..